The characteristic is a classical appearance which clothed metal exterior as a leather sticker. 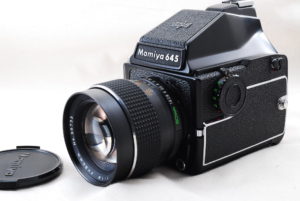 In addition, these three models are fixed type which can not exchange film bags.