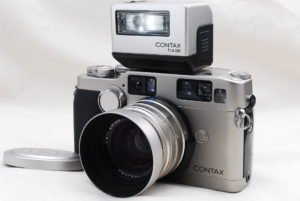 Contax G series which made the category “AF range finder”. However, since Kyocera withdrew from the camera business, AF range finder aircraft has not appeared. 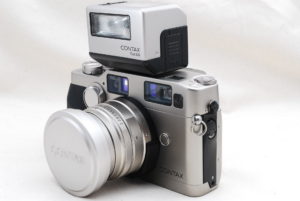 G2, which appeared in 1996, will be the top aircraft of G1. The titanium body has 1/4000 second shutter and 4 frames / second continuous shooting function, aperture priority AE and manual are possible. Of course the viewfinder is a zoom type, AF is much faster and more accurate than G1. People who wanted an automated Leica type camera jumped all at once. Unique cameras not in other companies kept stable popularity until the manufacture ended in 2005.

Try to find it on ebay